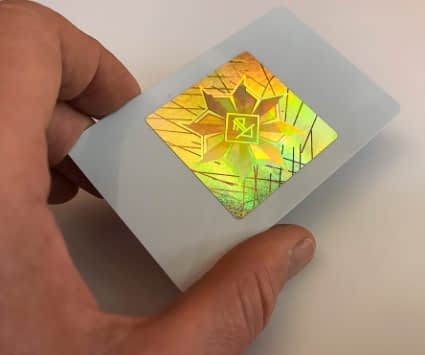 WAVE GENOME LLC has collaborated with a group of renowned inventors from the Soviet Union in the field of psychotronics and aeronautics, including major psychotronic devices used by intelligence services in the West, to produce the MATRIX CARD – the ultimate protection against the biological and psychotronic warfare, and 5G.

MATRIX CARD should be placed upon the forehead, on the back of the head, or any place in the body which has the generator of the pathological energy.
MATRIX CARD does not have overdose and side effects. MATRIX CARD can be attached to the smart phone, a computer, or a digital TV. Effectiveness of the MATRIX CARD is verified by the EMF detector device, by clinical trials, and by a decade of successful application. MATRIX CARD can be shared by members of the entire family. 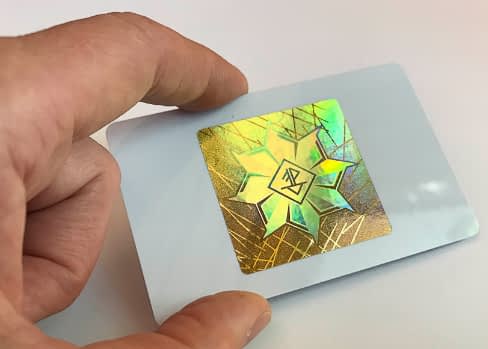 MATRIX CARD is two devices in one. The first component is the set of passive antennae which is a processor produced on micro level to annul the harmonics of the wide spectrum EMF of 5G via inversion in a scalar wave, patented, verifiable by the EMF detection device, and proven by clinical trials. The second component is the Hologram of the immune system modulator recorded onto the magnetic strip. So the device is effective against (1) 5G, and psychotronic attacks; and (2) COVID19.

The passive antennae narrows down the wide EMF spectrum of 5G. The danger of 5G consists precisely in this wide spectrum or “harmonics”. That is, when hitting the object, the signal gets disintegrated into the wide spectrum of EMF. And some of its components are close in their resonance frequency to the human cells as resonators of a certain size. This component, which is close in resonance to human cells, is what is mostly dangerous.

The set of passive antennae inside the MATRIX CARD literally inverts these signals – reflects them back upon themselves via scalar waves. In the scalar wave, the peak of the forward-going wave is annulled by the trough of the same wave when it is reflected back upon itself. Thus, the client still receives the cellular signal from his mobile phone — but without danger to his/her health.